The Beginners Guide To Vaping 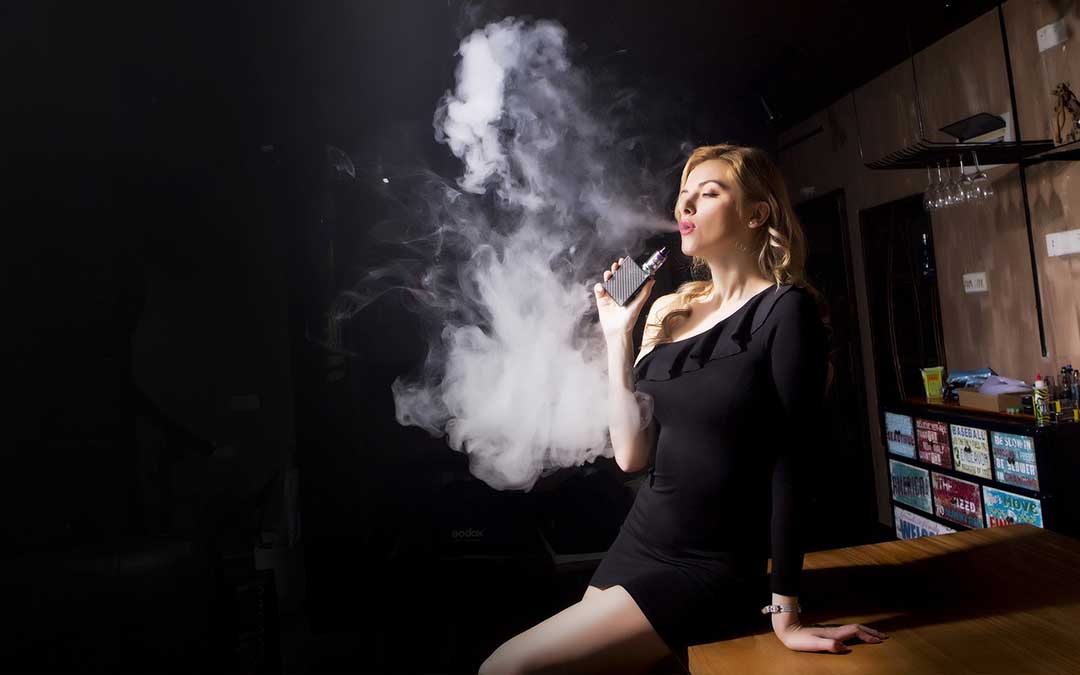 5 Things Every New Vaper Should Know

Walking into a vape shop or searching online for an e-cig can be a confusing experience for new vapers. “What is this thing that looks like a ‘90s car phone?” you ask yourself. “An atomizer? Am I buying particle collider?” The vape lingo and the giant selection of strange looking products are all barriers to entry into the world of vaping. But don’t worry. Vaping isn’t complicated. Every vape, from pen-style cigs to brick-sized mods, consists of the same four pieces: the rechargeable battery, the coil (or atomizer), the tank, and the nicotine liquid.

The coil and tank components of e-cigs cause the most confusion for new vapers. Tanks contain nicotine liquid (e-liquid, juice). They’re usually shaped like a cylinder or a bell, they’re made of clear glass or plastic, and they’re refillable.

Inside the tank is the coil. The coil is the piece that heats up the e-liquid and turns it into vapour. A coil is exactly what it sounds like — a wrapped string of wire, typically made from nichrome or kanthal. By pressing the button on the battery you send power to the coil, causing it to heat up and vaporize the liquid in the tank. Coils can last anywhere from five days to a month depending on how frequently they’re used and the type of e-liquid being pushed through them. They’re inexpensive to replace.

If you’re confused about which products you need to begin vaping, know that any starter kit will contain a battery, tank, and coils, as well as instructions for how the pieces fit together.

2. Your friend’s e-cig may not be the right one for you

Your well-meaning friend who tells you that you need to buy a fog machine to quit smoking is probably wrong. In fact, most new vapers find that smaller, “mouth-to-lung” e-cigs replicate the feel of a cigarette better than “direct-to-lung” e-cigs do.

Mouth-to-lung devices produce less vapour than direct-to-lung devices. They’re ideal for propylene glycol heavy e-liquids, and, just like the name says, are designed to be inhaled first into the mouth, then into the lungs (like a cigarette).

Direct- to-lung devices can produce enough vapour to turn your living room into foggy nightclub. Many vapers like them not only because they make “big clouds,” but also because the vapour they create is denser, warmer and more flavourful. They work best with vegetable glycerin heavy liquids, and they’re designed to be inhaled directly into the lungs.

To find out which style of e-cig is best for you, ask to test a few different models when you stop by your local vape shop.

3. Your vape isn’t going to explode, you’re not inhaling antifreeze and you won’t get popcorn lung

Most vaping myths are rooted in simple misunderstandings, but they’re pernicious. Long-time vapers are used to responding to these rumours.

E-cigs can start on fire, but this happens invariably when vapers don’t know how to choose the correct batteries or maintain the batteries for their more advanced devices. A starter kit is as likely to explode as an iPhone.

Diacetyl, the chemical that can cause the rapid lung damage known as “popcorn lung,” is more highly concentrated in tobacco cigarettes than in any e-liquid on the market. The fear generated by rumours about the risks of popcorn lung caused most e-liquid manufacturers to make their liquids diacetyl free years ago. No one has developed popcorn lung from vaping.

4. It might take you a while to “find your groove”

In the past 10 years the number of e-cigs and e-liquids on the market has exploded. New vapers have thousands of options. Would you like to vape butter-pecan brûlée out of an e-pipe? Rolling tobacco out of a cig-a-like? How about grape soda out of a Poké Ball?

All of the variety is what makes vaping fun. Vapers have conventions where we get together to see who can blow the biggest clouds, who has the best tasting juice, and who makes the most beautiful mods. When have you ever seen someone get this enthusiastic about cigarettes?

If the e-liquid or e-cig you picked out at the vape shop isn’t doing it for you, try a new one on your next trip.

5. You shouldn’t feel bad if can’t drop the smokes right away

Quitting smoking is a challenge whether you decide to go cold turkey or use a nicotine replacement. Vaping makes quitting easier, but not effortless.

Don’t beat yourself up if you bum a smoke from a friend, or open that pack you stashed away for “emergency use only.” Instead, feel proud that you managed to go without a cigarette for a week, or a day, or even a couple hours. It’s all about the small steps.

Many vapers find that after about a month of using an e-cig, they start to like the e-cig more than real cigarettes. And it’s not surprising. E-cigs taste better, they don’t leave a lingering flavour in your mouth, they don’t stink up your house, they don’t stain your teeth, and they don’t give you a nasty cough.

So don’t give up!